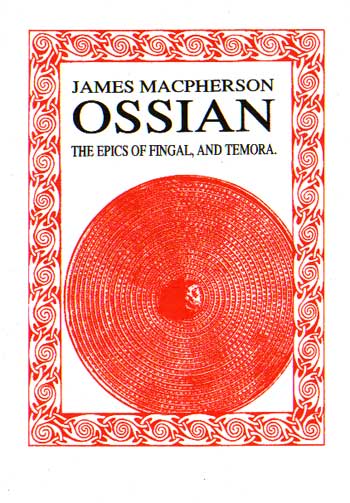 First published in the 1760s and purporting to be authentic translations 'from the Gaelic or Erse language' of works by an ancient poet called Ossian, James Macpherson's Fingal and Temora were greeted with scepticism by Dr. Johnson, but with the greatest enthusiasm by a wide popular readership.
After his death. Macpherson's 'translations' were shown to be almost entirely the original work of this accomplished man of letters who had reinvented the Finn mac Cumaill of Irish heroic tradition as his Scottish Tingal' and Finn's son Oisin as the Gaelic bard 'Ossian', but the scholarly revelation came too late to hold back a vogue for all things Tingalian' which infused the nineteenth-century Celtic revival and has left its indelible imprint on the cultural landscape of Scotland today.