The Illusion Which Sees The One As Two 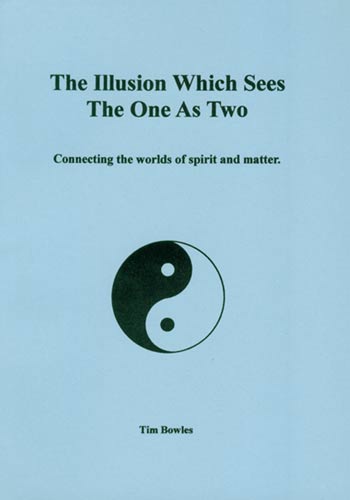 Timeless wisdom and recent science co-star in this book because, amazingly, they paint similar pictures of our world. A summary of some of the highest wisdom is laid next to scienceâ€™s current understanding of the basic level of the material world to show that the views from the top and bottom agree.
Scientists have discovered that the world is built from subtle connections. Einstein described these connections as â€˜spookyâ€™. That these recent discoveries have been understood and written about for thousands of years is even stranger. Scienceâ€™s weird new view of the world is actually very old indeed!
Science and religion are not the main focus of this book, but it does give an insight into their centuries-old conflict. The Illusion Which Sees The One As Two describes a paradox which appears in both of them, suggesting that maybe the disagreements between science and religion are nothing more than hot air. As an ancient Chinese sage put it: â€œTo know one is to know the otherâ€.