Alexander Thom: Cracking the Stone Age - temporarily out of stock 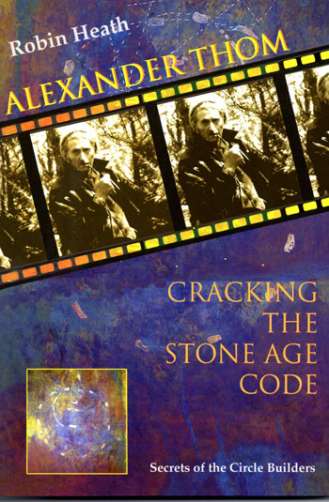 Written for the non-specialist, this is a biography and exposition on the life, work and conclusions of Alexander Thom (1894-1985). A Professor of Engineering Science at Oxford, Thom was a fearsomely objective scientist who unwittingly crossed subject boundaries when he published his masterwork MEGALITHIC SITES IN BRITAIN (Oxford, 1967), described by one academic as 'A time bomb dropped through the letterbox of archaeology'. For several years after, his work produced a huge reaction within archaeology, and even a BBC documentary on his work. Thereafter he was largely derided and sabotaged by the profession and forty years on has been airbrushed out of the subject altogether. Qualified to make Thom's findings more accessible, Robin Heath enables the reader to meet with the astonishing research and how it reveals the capabilities and intent of our ancient cultures. The story is told how the archaeological establishment refused to acknowledge Thom's findings is discussed, no matter how rigorous the research or well qualified was the bringer of this unwelcome information. The final chapter covers significant discoveries made since Thom's death, showing this subject to be far from done and dusted.
N.B. A taster of the content of this book may be viewed on the BBC web archive under 'Chronicle' and then type the full title of the book.
"An absolute must for anyone interested in our origins. A comprehensive summary, with many detailed site plans of Thom's incredibly important work, by someone who understands it and has even checked it out. Thank you, Robin Heath, for the quality of your study."
Howard Crowhurst, Tour Guide, Curator of the Plouharnel Museum (Carnac) & Author of CARNAC, THE MEGALITHS.
"Well researched, passionate, clearly written. A beautifully clearly written account of the revenge of the archaeological establishment on the work of a brilliant scholar". Ian Pegler, Historian & Author.
"Long overdue in setting the record straight". K A Bailey.

Other books by Robin Heath