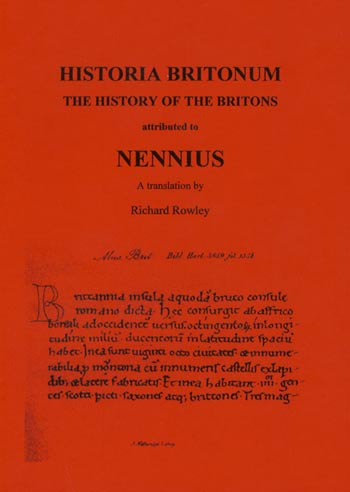 During the period often called the Dark Ages, the native British had been forced westwards by the invading Angles and Saxons. Nennius, probably a monk at Bangor in North Wales, put together this history, telling from a near contemporary viewpoint stories of the barbarian attackers and of the resistance by the beleaguered British, led by the Romano-Briton Ambrosius Aurelisnus and by the legendary Arthur. This is the earliest known narrative of Arthur.
Richard Rowley's translation is taken, almost in its entirety, from the 1838 edition of Joseph Stevenson, which was in its turn taken largely from Harleian 3859, the fullest of the surviving early copies of the Historia Britonum.