Malmesbury: A History of the Norman Kings 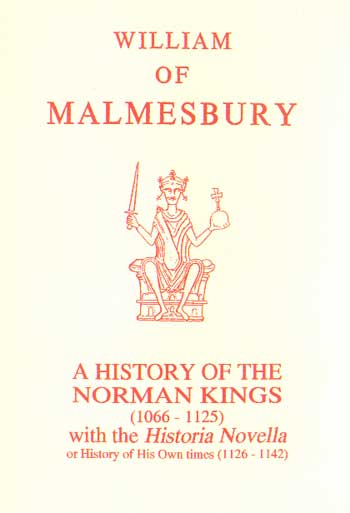 William of Malmesbury is generally regarded as the most astute and reliable of the mediaeval historians.
His history of the Norman period is among the most important of his writings, for the events he describes in it had taken place close to his own times. The Historia Novella follows on the death iof Henry the First (1135) and continues until the year 1142, where it ends somewhat abruptly implying that Malmesbury wrote right up to the time of his death.
The present work is a facsimile of the translation from Latin by John Sharpe, in the edition of Joseph Stevenson in the mid-nineteenth century series The Church Historians of England.