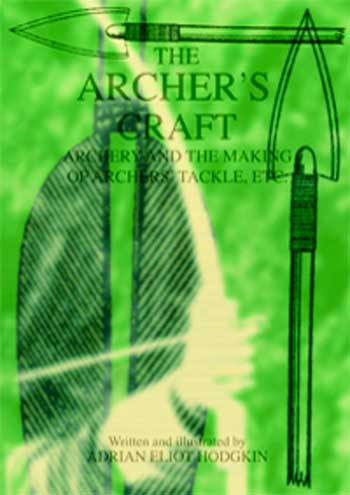 The book by Adrian Eliot Hodgkin was first published large format in 1951. This photo-reduced paperback reprint has been produced primarily to cater for those who wish to make bows, especially longbows, arrows and other archer's tackle, the traditional way. Hodgkin's book was originally written for hunters, but hunting with the bow is now illegal in the United Kingdom, and the interest nowadays is in target practice and competitions for some, and in taking part in mock battles in historical costume with traditional gear for others. There are useful illustrations to assist those wishing to make their own gear. The author's chapter on hunting with the bow has been included for historical interest only, especially as it contains accounts from the fourteenth-century Book of Roi Modus, and the Livre de Chasse.