Arthur & The Britons In Wales and Scotland 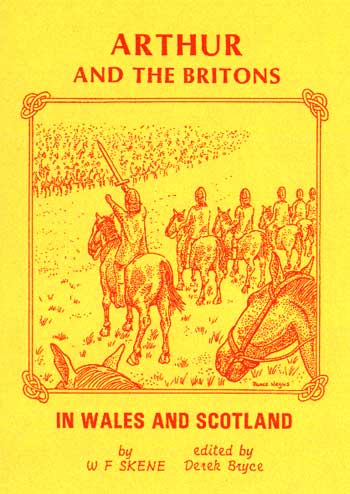 Skene noted that the bardic poems in Old Welsh referring to the Arthurian period made frequent mention of localities in Scotland. He developed from this a theory that Arthur's battles were fought in the North, and resulted in the recovery of territories in what is now South-west Scotland, which had been occupied by Picts, Scots and Saxons. One of the strong points of his theory is that it would explain why Arthur's battles are not mentioned in the Anglo-Saxon Chronicle which referred for that period mainly to events south of the Humber.