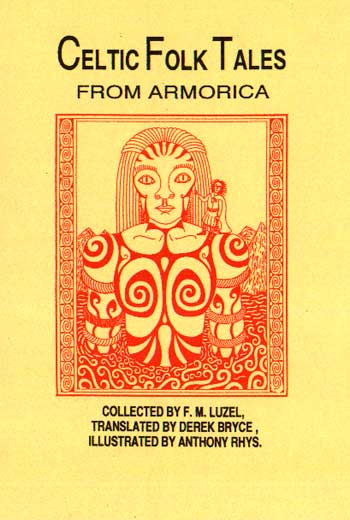 These fascinating tales were collected in Armorican Brittany during the second half of the nineteenth century, at a time when the art of storytelling was still alive. They include tales of heroes who 'shone like the sun'; of an old hag and her powerful children. These characters are dearly the gods of old, the sun god, the mother goddess, etc., who have survived the Christian epoch simply by losing their original titles. The tales were meticulously collected by F. M. Luzel, who set them down in the literary French of his day without even correcting some of his storyteller's obvious mistakes, to avoid any criticism for having modified any of them. The stories are illustrated with attractive Celtic-style drawings by Anthony Rhys, and Derek Bryce has added an introduction and commentaries pointing out their esoteric or hidden meanings. The tales can, of course be read apart from the commentaries for young and old who simply want to enjoy them as they find them.