From Ritual To Romance 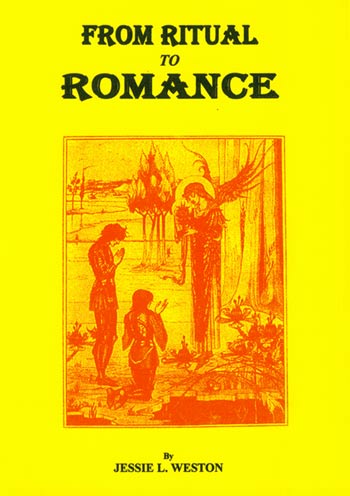 Amongst the numerous 20th century writers on the Holy Grail, Jessie Weston has probably come closest to an understanding of the spiritual meaning of the quest and also of its possible origins from Mithraism.

Miss Weston wrote an earlier work entitled â€œThe Quest for the Holy Grailâ€ but â€œFrom Ritual to Romanceâ€ is her definitive account, and was her last word on the subject.

It became her best known work because it is mentioned in the poem by T. S. Eliot â€œThe Waste Landsâ€.

Other books by Jessie Weston