The Chronicle of the Kings of Britain 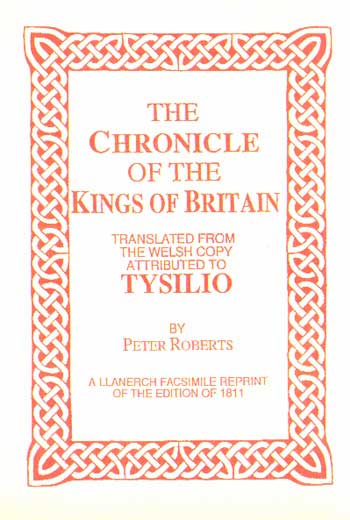 The interest in Peter Roberts' translation of The Chronicle of the Kings of Britain, attributed to Tysilio, lies in the controversy concerning whether or not it is the "Welsh book" referred to as his source by Geoffrey of Monmouth. Those who believe this to be possibly true point out that it is more concise than the work by Geoffrey, who seems to have enjoyed embellishing his writing. Those who oppose this view, maintain that it may on the other hand be derived and condensed from Geoffrey's work. The present paperback has been extracted from a larger work by Peter Roberts, which included original dissertations on "The history of the epistle attributed to Gildas, on the authority of the Brut, on the primary population of Britain, on the laws of Dyfnwal Moelmyd, and on the antient British church". This selected edition has been produced for those interested in the above-mentioned controversy, and to provide a book at a reasonable price; readers wishing to consult the other material may find it available on inter-library loan.