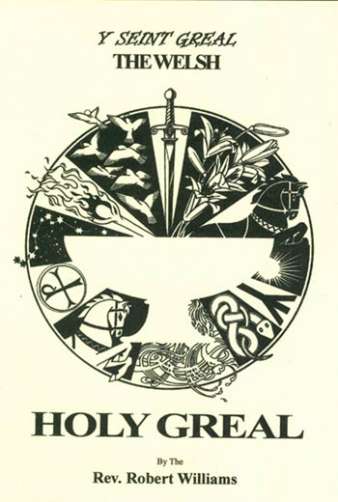 There are two Arthurs. The Arthur of history is known from early Welsh poems, and he is probably the leader of the combined British resistance whom Gildas credits with having checked the advance of the Saxons for a time. The other Arthur is a king of medieval romance.

The Quest of the Grail represents the apogee of the adventures of the Arthurian cycle. Although a Christian story, it has older Celtic connections; thus Percival can be related with the Welsh hero Peredur, and the Grail, itself a symbol of spiritual regeneration, may be linked with ancient talismans and vessels, especially the cauldron of rebirth.

The present English translation from the Welsh text of Y Sein Greal was made by the Rev. Robert Williams and published in 1876. The oldest surviving manuscript is from the Peniarth Collection dating from the early fifteenth century, in the words of Robert Williams "it is written in such pure and idiomatci Welsh as to have all the value of an original work..."

Being A Literal Translation Of The Welsh Text 280pp

Other books by Robert Williams