A Guide to The Saints of Wales and The West Country 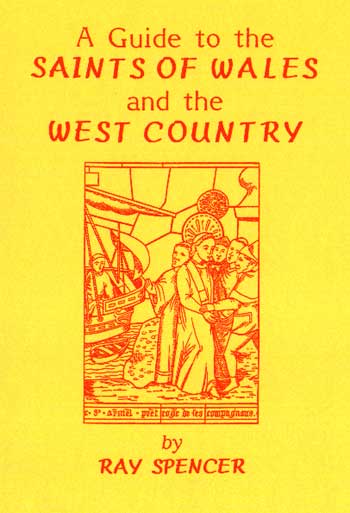 Ray Spencer's guide aims to present the reader with an introduction to the lives of the Saints of Wales and the South West, mostly from the age of saints of the old Celtic or British Church. He gives us accounts of the lives of many of the saints as they are known to us from folk-lore, legend, and their mediaeval biographers whose aims were generally to promote the cult of their saint, sometimes with little regard for history.
The book includes maps of Wales, Cornwall and the West Country, showing the sites of monastic foundations and other places associated with a large number of saints, some of whom are known to us by little more than their names and sites.
Ray Spencer has had a long-standing interest in the saints of Wales and the South-West and he has visited many of the churches, shrines and other sites over many years.