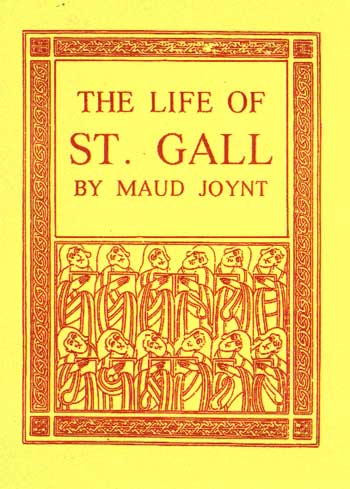 St. Gall, an Irish monk who laboured on the continent, was born in the middle of the sixth century, or soon after. Maud Joynt bases her book on three early biographies: (A) the anonymous Vita Vetustissima which probably dates from the end of the eighth century, (B) the Life by Wettinus written between 816 and 824, and (C) the Life by Walahfrid Strabo who died in 849. The present book is a facsimile of the edition of 1927.