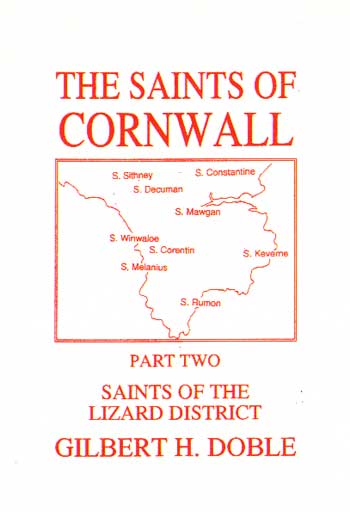 Gilbert Hunter Doble, Honorary Canon of Truro Cathedral and for twenty years Vicar of Wendron, was bom at Penzance in 1880 and died at Helston in 1945. In the course of a life devoted to the pastoral ministry, he found time to pursue Celtic studies, in which he earned a European reputation. He was concerned particularly with research into the lives and legends of the early holy men and women who laboured for Christ in Cornwall, and of other saints who have left their mark there in place names and church dedications. The fruit of this research was first published in the Cornish Saints Series consisting of 48 booklets issued between 1923 and 1944. These are the most scholarly, thorough and reliable writings on the subject in English. The present publication is a facsimile of a collected reprint concerning nine saints of the Lizard District.

Other books by Gilbert Hunter Doble