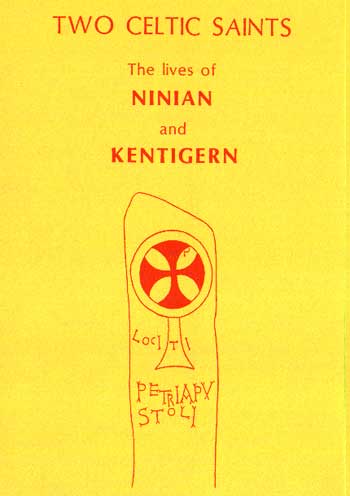 This book contains translations from the Latin of the Life of Saint Ninian, by Ailred, Abbot of Rievaux, and the Life of Saint Kentigern, by Jocelinus, a monk of Furness.
Saint Ninian was the first apostle to the Picts. In the early part of the fifth century, after visiting Saint Martin of Tours, he landed in Scotland, and built a stone church at Whithorne. This first attempt to convert the Southern Picts had limited success, and it remained for Saint Columba, about 150 years later, to complete the conversion of the Pictish race.
Saint Kentigern was more associated with central and south-western Scotland, especially with the Britons of the old kingdom of Strathclyde. Even during his lifetime there was widespread apostasy and he was obliged to seek refuge for some years in Wales, where he founded the Monastery of St. Asaph's. He was recalled to Scotland, where he eventually established the seat of his bishopric in Glasgow.