A Medieval Prince of Wales: The Life of Gruffudd Ap Cynan 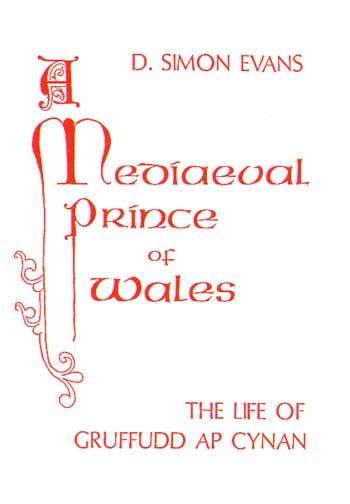 Historia Gruffud vab Kenan describes the genealogy and life of Gruffudd, who became prince of Gwynedd, and who died in 1137. He was probably born in 1055, and in Dublin, where he was also reared. So the Historia tells us. His mother was of mixed Irish and Scandinavian stock. This work was probably written during the reign of Gruffudd's son Owain (d.1170), and was clearly intended to bolster the power of Gwynedd, more especially among the Welsh kingdoms. Its historical validity must in parts be regarded as suspect.
Originally composed in Latin, probably in the sixties of the twelfth century, it was later produced in a Welsh version, towards the middle of the thirteenth century. This is the only early version which has survived.
This is a text of some significance for the late mediaeval period, as it is the only biography in Welsh composed for a prince. The others are concerned entirely with saints from a much earlier period, and in them fact and fiction are even less distinguishable than in this Historia.
D. Simon Evans was formerly Professor of Welsh and Deputy Principal at St. David's University College, Lampeter. He is now Honorary Director of the College's Centre for Research and Scholarship, for which this work is published by Llanerch Enterprises.