The Chronicle of Henry of Huntingdon 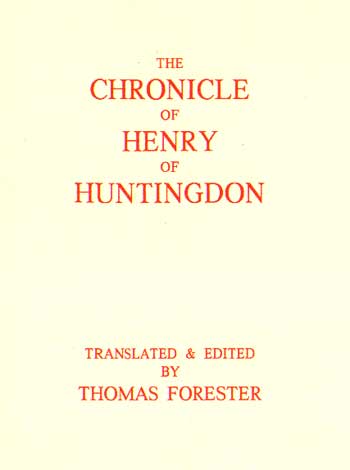 Henry of Huntingdon appears to have been born in or near Lincoln towards the end of the eleventh century. He was one of our earliest national historians, and his Chronicle presented here is the most valuable of his works
Henry's Chronicle comprises the history of England from the invasion of Julius Caesar to the accession of Henry II. It is translated and edited by Thomas Forester and reproduced here as a facsimile of the first edition of 1853
C.350pp