The Chronicle of Robert De Monte 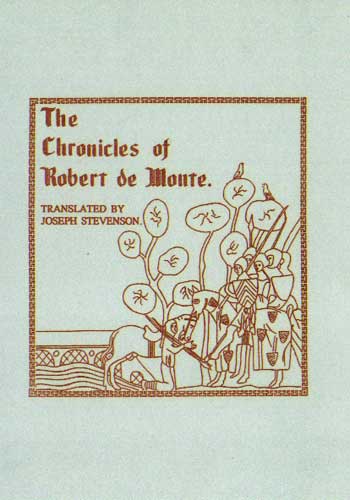 As it is impossible to understand the affairs of England without reference to those of Normandy with which they stand in intimate relation, so it is impossible to understand the affairs of Normandy without reference to the Chronicle of Robert de Monte - the most important authority which we possess for the history of the continental actions of the later Norman Kings, and the earlier monarchs of the house of Plantaginet. Robert, the author of this Chronicle, was born in Normandy. In 1128 he entered the monastery of Bec where he continued as a monk until 1149 when he became a prior. In 1154 he became prior of Mont St. Michel, where he died in 1186. The present book is a facsimile reprint of the translation by Joseph Stevenson.