The Laws Of The Kings Of England From Edmund To Canute, Part 1 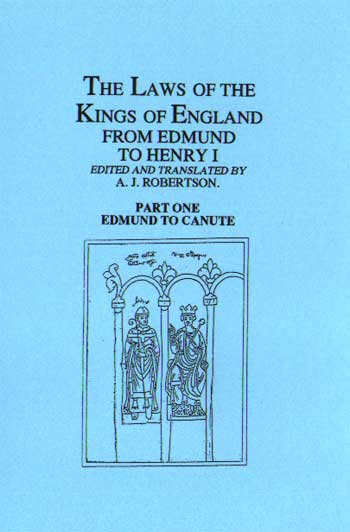 A. J. Robertson's book of 1925 is being reprinted in facsimile in two paperback volumes, part one from Edmund to Canute, and part two from William I to Henry I. The cover of part one shows Ethelwold and King Edgar, based on a drawing in the Ely Book, that of part two shows William I from his seal. The two parts have been priced separately. They may be purchased singly or together, but readers are advised that the notes to part one are at the end of part two.

Other books by A. J. Robertson