Flowers of a Mystic Garden 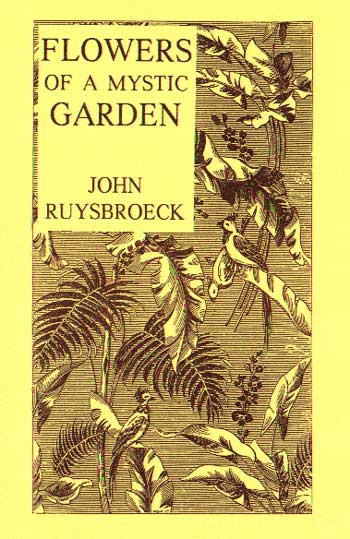 John or Jan Ruysbroeck, hermetic and mystical writer, was born in 1293 at Ruysbroeck, near Brussels; he died at Groenendael in 1381. He ran away from his mother at the age of eleven, and placed himself under the guidance of his uncle, a priest who followed a life modelled on simplicity and fervour. John was ordained in 1317, and for the next twenty-six years he continued with his uncle in a life of austerity and retirement. In 1343 he and two friends established themselves at the hermitage of Groenendael in the neighbouring forest of Soignes. More disciples followed, and the hermitage became a community of canons regular in 1349. Ruysbroeck wrote as the spirit moved him. He loved to wander and meditate in the solitude of the forest outside the cloister, there jotting down his thoughts as he felt inspired to do so, and it is in his mystical writings that his peculiar genius shines forth. He stands unrivalled in his grasp of what may be termed the metaphysics of mysticism, and in the combined beauty, simplicity, and loftiness of his language and style. Late in his life he declared that he never committed anything to writing except under divine inspiration.

Other books by J Ruysbroeck