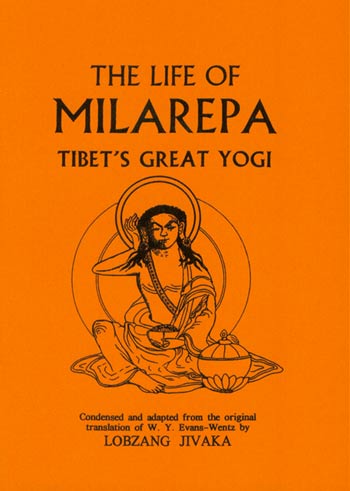 As a story, the life of Milarepa is unique and inspiring. He was born in 1052. Wronged in childhood, he left home to become apprenticed to a sorcerer, quickly became proficient in the black arts, then returned and destroyed his enemies. Realising that he was making bad karma for himself, he turned towards truth and started on the search for a teacher who would liberate him from his violent past. After various false starts he came to Marpa, probably one of the greatest spiritual masters of all time. Most of his story describes the growing relationship between master and pupil, for Milarepa persevered despite appalling hardships until Marpa relented and gave him the full teaching. Jivaka's version of the story captures the racy humour of the original and presents not only an unforgettable series of characters but the whole gamut of human actions, above all, the progress from doubt and suspicion to complete trust and understanding. The cover drawing shows Milarepa with the famous pot in which he cooked nettles, his staple diet when he lived for years in a cave.