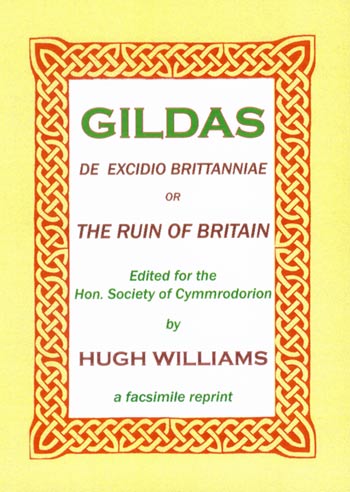 or the Ruin of Britain.
The Hugh Williams' edition of the De Excidio is invaluable for its extensive footnotes, some of which are unique because he knew Welsh as well as Latin. In his own words Williams stated that "this work has been mistakenly read as history; it is really in no way, a history, nor written with any objective a historian may have. It may be regarded as a 'Tract of the Times' of the sixth century. It is a message, a sermon addressed to rulers and ecclesiastics by a fervent monk, containing historical portions which are of undoubted value, because we possess no other for a part of the period to which they refer, but which in the whole setting and narration are coloured by the author's main aim as a Christian moralist".