To view all our book categories click Book Categories above

Lives of The British Saints. Volume 5 of 8: Faustus to Gynai 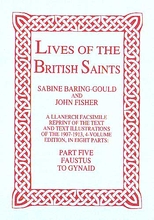 Lives of The British Saints. Volume 6 of 8: Hawystl to Mynno

Lives of The British Saints. Volume 7 of 8: Nectan to Teilo

Lives of The British Saints. Volume 8 of 8: Teithfall to Ind 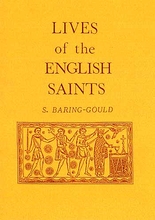 A selection, mainly from the pre-Norman period, taken from Baring-Gould's sixteen-volume work, â€˜Lives of the Saints.â€™ Includes Saints Aldhelm, Cedd, Chad, Dunstan, Ethelwold, Guthlac, Swithun, and many others. The cover drawings are from an enamelled chest which contained the remains of King Ethelbert.

Lives of The Northumbrian Saints

The Northumbrian Church, which received its Christianity from Iona, extended right across the North of England, and into Galloway in Scotland. The present selection from Baring-Goulds sixteen volumes on the "Lives of the Saints' includes St. Bee or Bega from Cumbria, saints of Lindisfarne, St. Oswald, St. John of Beverley (Archbishop of York), St. Alfleda of Whitby, the Blessed Alcuin, St. Ailred of Rievaux, St. Godrick, St. Hilda of Hartlepool, and others. The front cover design is of St. Ailre.......

Lives of The Saints from The Book of Lismore 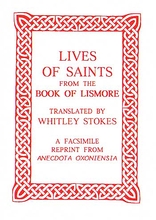 Reprinted from the first edition of 1890, this paperback includes all the English translations of Lives of the Saints from the Book of Lismore, but not the Irish text, which has been omitted to provide a book of reasonable size and price. The saints included are: Patrick, Colom-cille, Brigit, Senan, Findian, Findchua, Brenainn, Ciaran, and Mochua. Whitley Stokes English Translation

Lives of The Scottish Saints

This selection from Metcalfe's 'Ancient Lives of Scottish Saints' includes Cuimine the Fair's Life of Saint Columba, which was written within sixty years of the saint's death, Turgot's Life of Saint Margaret, Queen of Scotland, and the Lives of Saints Servanus, and Magnus. 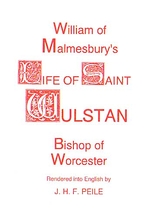 This translation by J. H. F. Peile is taken from the Latin Vita Wulfstani of William of Malmesbury which is itself a version of the English Life by the monk Coleman who was Wulstan's friend and Chaplain, and who wrote it after Wulstan's death in 1095, himself dying in 1113. Malmesbury's version was written between 1124 and 1143. No copy of Coleman's work is known to us today. It is conjectured that it went to Rome at the time of Wulstan's canonisation and may yet be rediscovered in the Vatican a....... 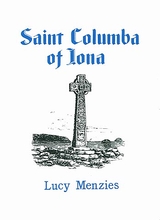 A Study of His Life, His Times & His Influence

The Age of the Saints in the Early Celtic Church

Nora K. Chadwick's book is a classic in its field. It was first delivered as the Riddell Memorial Lectures at King's College in the University of Durham in 1960. The present paperback is a facsimile reprint of the edition of 1960. The author concentrates on the records of the literary and spiritual activities of the ascetics of the Early Church. She surveys the background to the Age of the Saints, defines the nature of Celtic monasticism, and traces the steps by which the Celtic Church and the i.......

The Age of The Saints of Cornwall 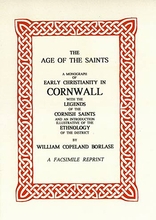 A monograph of Early Christianity in Cornwall with the legends of the Cornish Saints and an introduction illustrative of the Ethnology of the District.

The Dark Age Saints of Somerset

John Seal's book includes an introduction that sets the scene, on the Romano-British period, with an account of the Celtic Church and early monasticism. He includes Glastonbury and its saints, Collen, Columba, David, Patrick, Paulinus; also Benignus, Briget, Beuno, the children of Brychan, the Cheddar saints, Congar, the saints of Blue anchor Bay, Gildas and Kea. The documentary sources, Gildas, the Anglo-Saxon Chronicle, Nennius, and William of Malmesbury, are given in an appendix.

The Life & Writings of St Columban 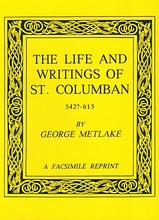 St. Columban, an Irish monk who laboured on the Continent is described by the author as 'one of the greatest Irishmen of all times.' George Metlake's book has long been out of print and difficult to obtain. The present paperback reprint is a facsimile of the first edition of 1914. 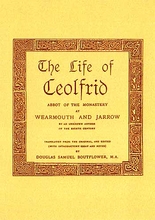 Abbot of the Monastery at Wearmouth and Jarrow. The original book was by an unknown author of the eighth century. Here it has been translated from the original, edited and with introductory eassay and notes by Douglas Samuel Boutflower.

The Life of Saint Columban 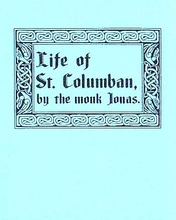 During the sixth and seventh centuries the greatest missionary activity was shown by the Scots, who dwelt in Ireland. In that country religion was cherished with greater zeal than elsewhere, and many of the most zealous monks passed over to the continent, especially to Gaul, but also beyond. But for this one biography, however, we could form no adequate conception of what the continent owed to these monks. Jonas, the author of this life, became a monk at Bobbio, in northern Italy, three years af.......