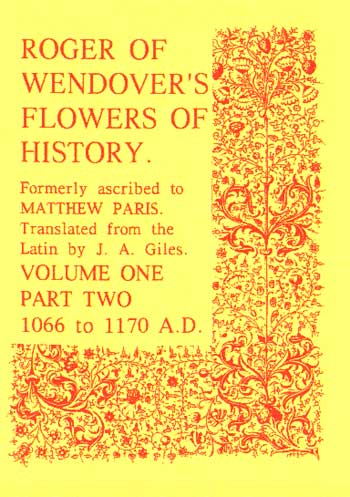 Roger of Wendover's Flowers of History comprises the history of England from the descent of the Saxons to A.D. 1235. It was formerly ascribed to Matthew Paris. This first paperback volume covers the earlier period up to 1066. It is a facsimile reprint of the English translation from the Latin, by J. A. Giles, first published in 1849. Little is known of Roger de Wendover himself except that he became prior of Belvoir, a cell attached to St. Alban's abbey, and that he was deposed from this post soon after the accession of Henry III. He was recalled to St. Alban's abbey, where he died in 1237.