The Mystical Way and The Arthurian Quest - not available 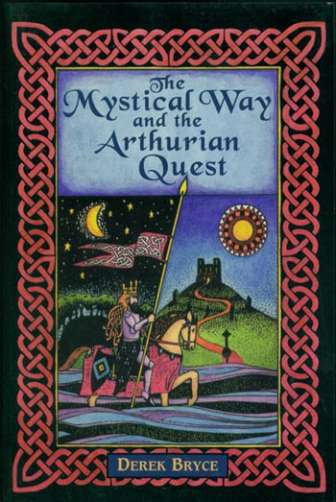 OUT OF PRINT - reprinted as THE WAY AND THE QUEST

The Arthurian Quest, and the Quest for the Holy Grail, is really about an ancient initiatic rite that came to be romantacized during the Middle Ages. Like the Quest of the Golden Fleece, or the Seven Voyages of Sinbad the Sailor, it is characterized by a variety of deeper meanings behind the literal one. The profound interpretation of the quest tales is of the human soul in search of spirituality, and ultimately, its union with God.

The Arthurian Quest can therefore be best explained within the context of the mystical way in general, and from the point of view of the ancient traditional worlds. Bryce demonstrates how the theme of spiritual development and realization is hidden within quest tales by first introducing the reader to the esoteric side of comparitive religion.

This provides a context within which the Arthurian Quest can be understood, as it is explained in the second part. The final part discusses the form taken by the spiritual quest after the Middle Ages. It ends with a discussion of the relevence of the quest to modern times.

NOT FOR SALE INE TH U.S.A