Fin MacCoul and the Fians 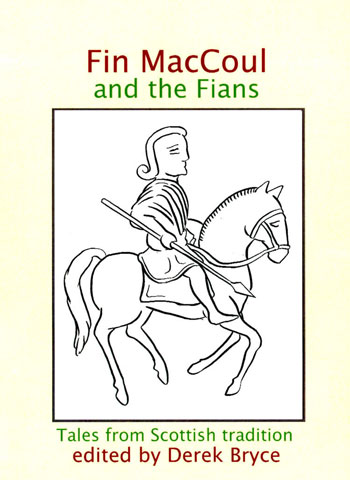 These tales were collected from the Gaelic oral tradition in the nineteenth century by J.F. Campbell, D. MacInnes and J.G. Campbell who translated the into English. A selection of them is presented here, set in a more modern style of English, and this book is not aimed at scholars but is for the average intelligent reader who wishes to catch a glimpse of what was the popular entertainment in the Highlands and Islands before the coming of widespread written lieracy and the mass media. Fin is, in fact, better known in Ireland, and some think that the tales of him came to Scotland with the spread of Gaelic, but there are stories implying that he spent part of his life in Scotland and the Isles. Fin was not just a warrior chief but a leader that had wisdom and all the qualities that make for true nobility; and THAT is what made him famous.