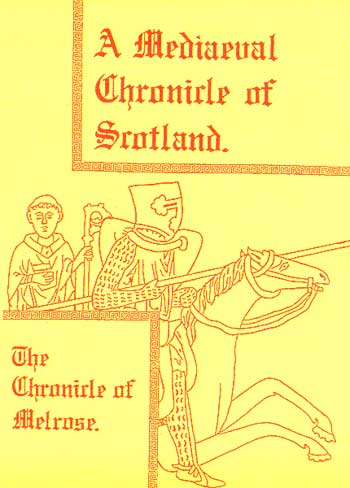 The Chronicle of Melrose separates into two distinct parts; a first part which is clearly based on Anglo-Saxon sources, and a second which contains original material, and which dates from around the time of the re-founding of the abbey in 1136. It is this second portion which is printed in this book. From about 1170 onwards, changes in the handwriting of the manuscript seem to give it the character of a continuous contemporary narrative. It is of value as a source-book of Scottish history for several reigns. It ends in 1264.