Florence of Worcester: A History of the Kings of England 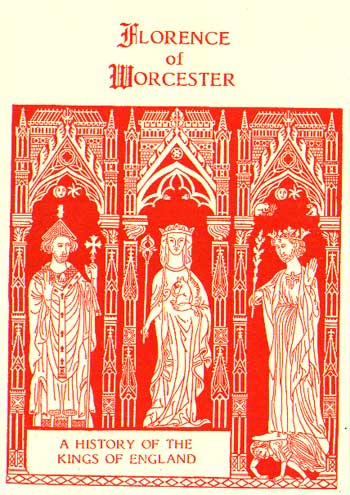 The Chronicle of Florence of Worcester is valuable as a record of historic events covering the years 450 A.D to 1117A.D. The 'continuation' of Florence's history, also included in this volume, covers the period after his death, from 1118 to 1141; it appears to have been written in part by John of Worcester, as well as other anonymous writers.
Florence seems to have derived much of his information from the Anglo-Saxon Chronicle, as it existed in his time, and he also used Bede, and Asser's Life of Alfred. The 'Continuation' takes the form of a near-contemporaneous narrative and is valuable as a source of history for the period which it covers.