Chronicles Of The North; The Hexham Historians And The Chronicle of Jordan Fantosme 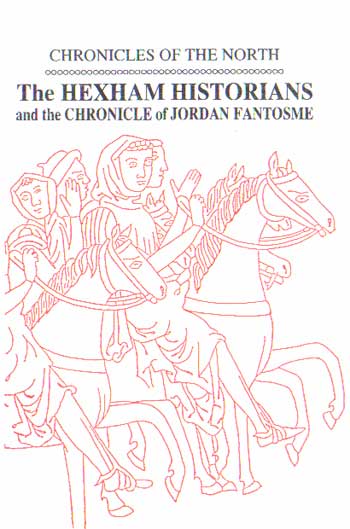 Chronicle of John, Prior of Hexham 1130 - 1154, Acts of King Stephen & Battle of the Standard, 1135 - 1139, The Chronicle of Jordan Fantosme of the War between the English and the Scots, (1173, 1174). First published in London in 1856 in the series The Church Historians of England. Translated from the original texts, with prefaces and notes. Facsimile reprint.