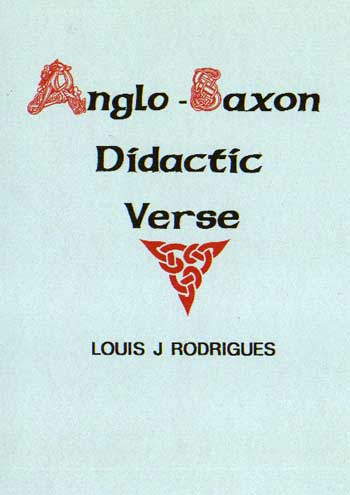 The poems in this work are basically didactic although they have also been sub-categorized as catalogue poems, dialogues, gnomes, and homilies. Unlike the Riddles, and the so-called Elegies, in the Exeter Book, they neither excite the imagination nor stir the emotions overmuch. Instead, as poems of wisdom and learning, their primary aim is to instruct. Included here, apart from the passage in Beowulf titled 'Hrothgar's homiletic oration', are the poems known as Soul and Body, The First and Second Dialogues of Solomon and Saturn, The Judgment Day. I & II, The Descent into Hell, Vainglory, Precepts, Homiletic Fragments, I, II & III, Almsgiving, An Exhortation to Christian Living, A Summons to Prayer, Maxims I & II, The Gifts of Men, The Fortunes of Men, and The Rune Poem. The Anglo-Saxon text of each poem is given along with an English rendering.